Murgado Automotive’s main priority has always been serving the community. Giving back is a part of the group’s corporate culture and they value the importance of community involvement. Here are several organizations that Murgado Automotive proudly supports: 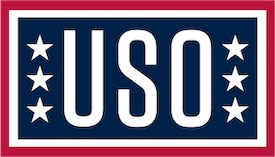 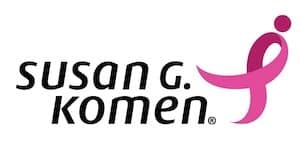 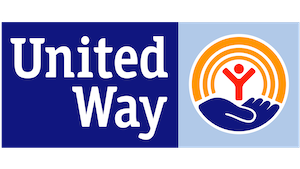 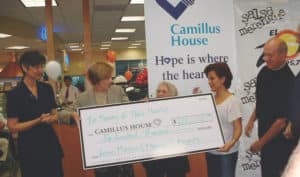 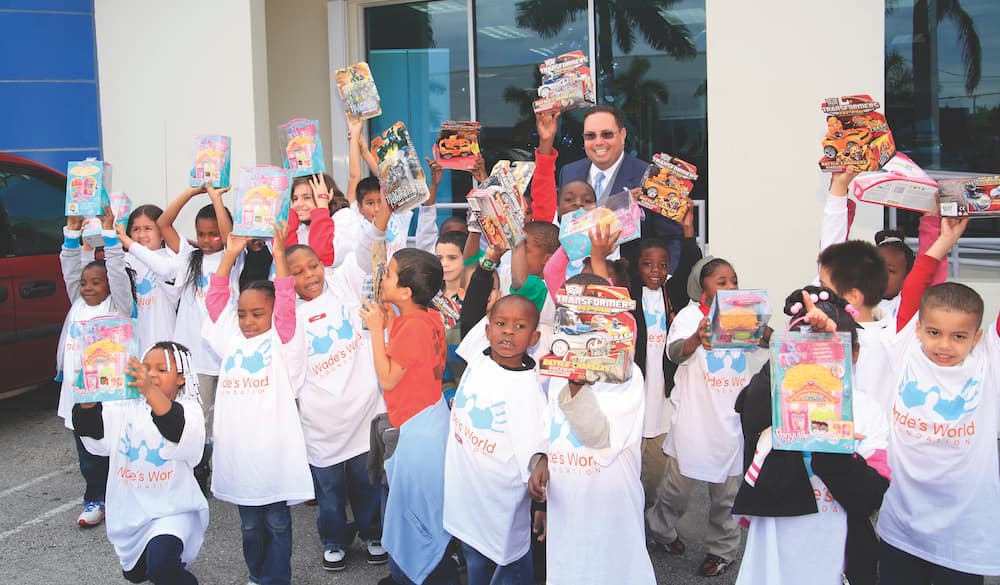 Sponsoring Church of the Little Flowers

2014 Martin County Teacher of the Year

Audi Stuart made a donation to CSC of Martin County.

Audi Stuart is a proud supporter of the Special Olympics.

Audi Stuart made a donation to ARC of Martin County.

The event took place on Thursday, June 7, 2012, at La Gorce Golf Country Club. The fun-packed day included prize contests for both par-level players and weekend duffers, on-course appetizers and refreshments provided by Joe’s Stone Crab, as well as an award ceremony and lunch at the La Gorce Country Club.

9/23/2010 – Brickell Buick GMC of Miami is partnering with the Stingaree Alumni Football Booster Club – Miami Senior High to provide the league’s players and coaches with equipment, a monetary donation, and a chance to raise up to $10,000!

Mario Murgado and Alex Andreus of Brickell Buick GMC dropped in on the Stingaree football team during yesterday’s afternoon practice to present them with a football kit filled with equipment bags, 5-gallon water coolers, dry erase coaches’ clipboards and t-shirts.

They also announced the booster club’s opportunity to raise as much as $10,000 through a fundraising opportunity where one lucky recipient in the Southeast Region of the country will win a new 2011 GMC Terrain, which is being donated by Brickell Buick GMC and other Miami-Ft. Lauderdale-area Buick-GMC dealerships. One second prize winner will be selected from the Miami-Ft. Lauderdale-area to win a tailgate package that includes a $350-$400 grill and a $100 gift card for the grocery store of the winner’s choice. One-hundred percent of the proceeds go directly to the Stingaree Alumni Football Booster Club, and they can use the funds in any way they choose.

The following food trucks are regulars at the weekly Miami Street Food Court that draws in a vibrant crowd from Brickell, Downtown Miami and the surrounding areas: Latin Burger, Dim Ssam A GoGo by Sakaya Kitchen, The Fish Box by La Camaronera, Cheese Me, MexZican Gourmet, Sugar Rush by Sweetness, and Ms. Cheezious. Dinner runs between 6 pm and 10 pm, with more food trucks expected to join the delicious line up each week.

As the food truck business grows in South Florida, so does the demand for empty lots where food truck owners can park hassle-free. To meet these needs, and to satisfy the appetites of food truck crazed Miamians, the owners at Brickell Honda launched “T.G.I. Food Truck Wednesdays @ Brickell Honda”, a weekly event that has made the dealership a coveted food truck spot for its attractive lot and proximity to Downtown. Every Wednesday evening, the Brickell Honda lot, located at 690 SW 8th Street, will be cleared of vehicles to make space for food trucks to sell to their following fans.

“Murgado Automotive Group loves to be part of the community. We want to provide a spot for everyone nearby to enjoy the great cuisine and unique dining experience these business owners have to offer.” Said Mario Murgado, owner of Brickell Honda.

Mario Murgado and Murgado Automotive Group have been long-time sponsors of the school as well as the Belen Tombola.

Murgado Automotive Group has donated a NEW Honda Civic LX with choice of color and 2 or 4 door model to Belen Jesuit Preparatory School to raise funds for the new Communication Arts and multimedia Center.

Because the realm of communications and media continues to grow and exert a powerful influence on our local and worldly community, Belen Jesuit Preparatory School has launched the Communication Arts and Multimedia Department. This new and exciting academic department offers courses in Broadcast Journalism, Print Journalism, Speech, and Film Production. It is Belen’s mission to teach all its students to communicate. This new department will help motivate students by tapping into their different strengths and will allow them to tell a story more richly and to communicate more effectively.

Thanks to the generosity of alumni Mario Murgado Jr. ’06 and Michael Bryan Murgado ’10 and their father Mario Murgado Sr., Murgado Automotive Group has donated a new Honda Civic LX to be raffled. Tickets can be purchased online for $50 and all proceeds will benefit the multimedia center. The link to purchase tickets online is: https://www.belenjesuit.org/hondaraffle

Murgado Automotive Group of Miami, a Buick, GMC and Honda dealership, was one of the many companies to show support in Haiti.

More than 2 dozen GM vehicles packed with relief supplies were headed to Haiti and owner Mario Murgado was at the forefront of the effort. The GM Foundation donation is part of a coordinated effort of the GM Foundation and the William J Clinton Foundation in response to the dire need for trucks to transport supplies to survivors: such as water, food, medical equipment and much more.

Audi Stuart would like to congratulate Robert Crowder as the winner of the one year lease at the A3 Launch Party. In lieu of his winnings, Mr. Crowder made a donation to the Florida Sheriff Youth Ranches.

Mario Murgado of Murgado Automotive Group teamed up with the Strochak family to host an authentic “Noche Cubana” in its new Brickell Luxury Motors showroom to benefit the American Cancer Society.

More than 175 guests came together to enjoy signature mojitos, fine Cuban cuisine that included an authentic Caja China, salsa dancing, a domino tournament, silent auctions, and a round of cortaditos and pastelitos, with proceeds going towards cancer research.

Local hometown cancer survivor and advocate Diana Gonzalez of NBC6 was honored at the event.

Pull Your Pants Up is a community outreach initiative focusing on an at-risk youth group that has adopted the custom of wearing their pants at mid-waist (hence the name of the program) and who have had limited contact with strong, positive male role models.

About a dozen at-risk youths, part of a Buick-GMC sponsored group called “Pull Your Pants Up,” recently toured the Murgado Automotive Group facility in Miami and learned about both the car business and life from dealership president and CEO Mario Murgado.

Murgado gave the group a tour of the Murgado Automotive Group dealership including the showroom, parts and service divisions, and he even challenged two young men in the group to help change the oil on a truck in less than 30 minutes. He then gave an inspired talk about his career in the car industry and how he has grown Murgado Automotive Group from a small organization with only three employees into a major employer of more than 100. He also offered insight into how an operation of this size and scope depends on every employee and why it is important to be dedicated and disciplined in your home and work life.

“I look forward to any opportunity to try to inspire young people,” said Murgado. “We live in the greatest country in the world that offers opportunity for everyone. We have to groom and inspire the next generation.”
Murgado, who started in the business as a salesman and worked his way up, holding nearly every position possible in the dealership industry, was selected by GM for this program because of his notable, successful story.

Pull Your Pants Up exposes at-risk youths to success stories which show the value of education, hard work, dedication, and long term goal-setting and planning. Organizers of the initiative believe that such experiences can make an incredible difference when it comes to forging a rewarding future – even for minorities who have had to battle incredible odds.

“I tried to impart that by being diligent and working hard, you can reach even the loftiest of goals,” said Murgado. “You never know, we might have the next Bill Gates or Lee Iacocca in that group.”

Supporting our partners in Palm Beach, Jack and Barbara Nicolas.

Supporting our partners in Palm Beach, Jack and Barbara Nicolas, on an annual basis through the Jake and Nicolas Foundation

These are photos from our Holiday Toy Drive 2013- With help from our staff as well as the community we were able to donate over 200+ toys to the Gertrude Walden Childcare Center!!!

For the past 12 years, we have helped a Toy Drive in Miami for less fortunate families. Our entire dealership gets behind this and we purchase in excess of 500 Christmas Gifts to give away.

Chapman Partnership donates a vehicle to a kind-hearted participant.

Becoming part of the community is key. Getting involved with the Universities, Medical centers and other large businesses in the area will give us access to large groups of employees that are our ideal customers.

Chapman Partnership a charity organization dedicated to helping the homeless and the poor in Miami, and Brickell Honda, donate a vehicle to a kind-hearted participant who donated to a great cause, only later to find out she was rewarded by winning a 2013 Honda Accord. Just a perfect example of what goes around comes around.

First-ever Hispanic Radiothon held by a dealer in Miami. We raised over $600,000.00 for Camillus House.

On March 20, 2021, Murgado Automotive Group was happy and proud to support Niklaus Children’s Hospital Car Give Away, honoring Marcos Borque, a hard-working health care worker and father of two with a new 2021 Honda Civic!

Thank you Marcos for your sacrifice and dedication to our community!